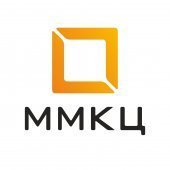 Despite heavy investment, only 11 percent of U.S. consumers strongly agree companies are effectively converging digital, mobile, social and traditional channels NEW YORK; Jan. 21, 2015 – U.S. companies are struggling to keep pace with their customers’ “always on” nature and greater use of digital channels, according to new research from Accenture (NYSE: ACN). As a result, the “Switching Economy” – the potential revenue up for grabs in the U.S. market due to changes in consumer spending patterns and switching rates – has swelled to $1.6 trillion, a 29 percent increase since 2010.

Accenture’s “Switching Economy” analysis is part of the company’s tenth annual Global Consumer Pulse Research, which gauges the experiences and attitudes of 23,665 customers around the world about marketing, sales and customer service practices. Included in a subset of the sample were 2,021 U.S. consumers.

“There is a $1.6 trillion market in the United States just waiting to be tapped, so one would expect a rush of companies seeking growth from it. Instead, many established companies are reacting too slowly to the needs of today’s ‘non-stop customers’, and consequently, they are seeing both a customer exodus and a decrease in their revenue potential,” said Robert Wollan, senior managing director, Accenture Strategy. “While many companies have been chasing the opportunity digital brings, they have not addressed the root causes of the problems that are exposed when they don’t execute well. Companies have been focused only on ‘doing the same things better’ when these issues really require them to ‘do things differently’.”

More than half of consumers (56 percent) report that the number of brands they consider has increased significantly over the past 10 years, and 46 percent believe they are more likely to switch providers compared to 10 years ago. More than three-quarters (78 percent) surveyed use at least one online channel when looking for a new service provider, and nearly one-quarter (24 percent) want more digital interactions from providers. Only 11 percent of consumers strongly agree companies are effectively converging digital, mobile, social and traditional channels.

“Today’s customer’s sense of loyalty to an existing provider is often eclipsed by a competitor’s personalized and tailored experience,” said Kevin Quiring, managing director, Accenture Strategy. “Our research shows that some companies are opening the door to ‘non-traditional’ competitors who are often more willing to ‘do things differently’ and offer prospective customers more opportunities for customization.”